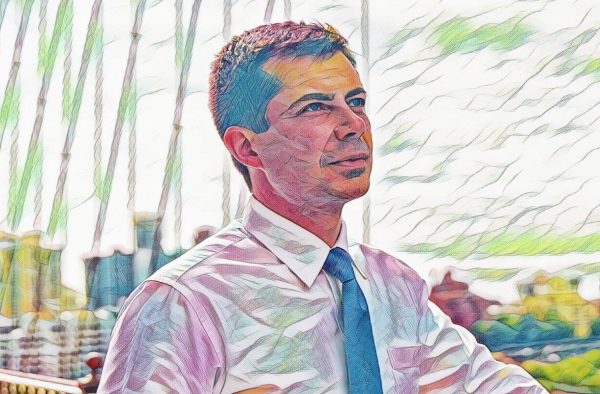 Energy prices are in the news, including the price of oil, which we see reflected in what we pay at the pump. And it’s no surprise that this is a painful experience, with the Brent crude oil spot price at $117 a barrel in March, $20 higher than in February. As others have written, this high price is due to supply disruptions and market anxiety due to the war in Ukraine. However, this ignores what’s happening with the other determinant of price — demand for oil. And it’s unavoidably true that we remain addicted to oil. And that means, tragically, that we are funding both sides of this war.

Just how much oil do we consume? The amount is staggering — nearly 20 million barrels of the stuff a day (a barrel is about 42 gallons), 1.6 million barrels higher than the level in 2020. That’s about 20 percent of global demand (by contrast the U.S. has about 4 percent of the world’s people).

Russia is a petrostate that profits more when prices are up, whether we buy oil from it. While sanctions have cut into the amount of oil Russia is able to export — previously about 5 million barrels daily — there is evidence that it is still able to sell oil to willing buyers (see here and here).

We must get ourselves out of the position of supporting petrostates by propping oil prices up with sky-high demand. We need to break our oil addiction once and for all.

We get a second crucial win from doing so, since burning up so much oil spews an enormous amount of heat-trapping carbon pollution. And that is all about transportation. That sector accounts for two-thirds of U.S. oil consumption, is 90 percent dependent on the stuff, and is now the biggest driver — so to speak — of U.S. carbon pollution.

What’s to be done? First, we need to reduce demand for the oil. Moves by the Biden Administration to boost vehicle efficiency and expand electric vehicle infrastructure are laudable steps in that direction. Announcing a bold strategy to save a substantial number of barrels of oil daily would in the coming years would send an even stronger signal to the market. Part of that strategy should be responsible implementation of the newly enacted Infrastructure Investment and Jobs Act, which, as I’ve written, can help save a lot of oil.

An oil-savings strategy should include an array of solutions ranging from more vehicle efficiency to rapid car and truck electrification as well as greater investments in oil-saving transportation choices such commuter rail and bus rapid transit. We should aim to save several millions of barrels of oil daily by 2030.

Substituting electricity for oil is key here, which will help dethrone oil as a strategic commodity that starts or fuels wars. We use almost no oil to generate electricity in the U.S., so electrifying cars and trucks is essential. And, thanks to state policies such as renewable portfolio standards (38 states and D.C. have them), as well as historic offshore wind development leasing by the Biden Administration, we are making progress towards cleaning up the grid so that electrification helps solve the climate crisis too. On average, a typical electric car emits 3.4 times less climate pollution per mile as the average new gasoline car, and that emission benefit is increasingly as the grid becomes cleaner and cleaner.

Strategic clean energy investments proposed by President Biden and pending in the Senate currently, as well as forthcoming investments from the Infrastructure Investment and Jobs Act, will accelerate progress toward electricity as an oil substitute.

In an oil-free future we should see more buses and trains, as well as more signs like this one spotted in Denver this past weekend:

The tweet got a lot attention because it’s such a novelty when it should be commonplace. For now, we’re shackled to oil as a strategic commodity. We have moved far too slowly to moderate demand and deliver substitutes.

The good news is that if we develop a strategy and stick to it, we can finally change that. Now is the time to refocus on breaking our dependence on oil and to stick with it so we never again fund both sides of a war.

Half of All Teslas Manufactured in Q1 Have LFP Batteries